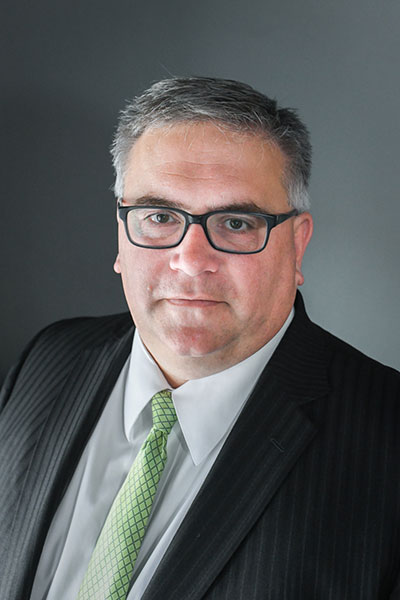 A trial lawyer for over 25 years, David’s practice focuses on the defense of health care providers and hospitals. He has tried dozens of complex medical negligence, personal injury, construction, and products liability cases over the course of his legal career. He holds an AV® Preeminent™ Peer Review Rating from Martindale-Hubbell® and is recognized by Kentucky Super Lawyers in the area of medical negligence defense.

David received his B.A. in Psychology from the University of Notre Dame and his law degree from Ohio Northern University where he served as Manuscript Editor of the Law Review. He is licensed to practice in all state courts in the Commonwealth of Kentucky and the State of Ohio as well as before the U.S. Court of Appeals for the Sixth Circuit and the U.S. District Court, Eastern and Western Districts of Kentucky.

David is an active volunteer in the Ashland community and has served on the Ashland Independent School Board and the boards of many youth sports leagues and service organizations.

We welcome the opportunity to provide you with the highest quality legal services.

Call our firm to arrange for your free initial consultation:

If you prefer, you may instead send an online message and tell us about your legal matter. We will get back to you as soon as possible.